The horse you bought

I’m nothing if not a follower of trends and since Cathryn started this one and I saw Olivia’s post… I figured I would throw back to my best girl for this one because retired life means you don’t get nearly enough attention. Also because she lives like 1000 miles from me, but yeah.

Lucy was purchased as I was moving out of the 11 & Under walk-trot division into the 13 & Under and later, the 14-18 division. We found her at the 2004 Pinto World Show, literally a paper ad posted on one of the bulletin boards. Over the course of a week or so, we rode her and tried her a few different times. The final time that solidified it being late at night while the baseball park next door set off fireworks – and she could not have cared any less.

She was only 6, but had been shown by a junior prior who decided she wanted a western pleasure horse. Lucy was (is) a pattern horse – equitation, showmanship, trail – and she’s a good mover, but she’s not a specialized pleasure horse. For me, I was coming off of a barely-15h pleasure horse who put up with patterns, but much preferred to hang on the rail in a pleasure class and was still a very nervous rider. I distinctly remember thinking she was HUGE and a huge mover – in hindsight, Luce is all of maybe 15.3 and moves like any average stock horse. Mind of an 11 year old though.

We actually didn’t purchase her at the show – negotiations stalled and we walked. I was heartbroken, but we went home and I kept looking for horses. Turns out, within three weeks my parents were back at the table and made it happen – and Lucy came home.

Luce was basically finished when we got her, but what took a lot longer was for me to figure out how to ride her. She had buttons on buttons, but I also had the legs of a mosquito larva. Figuring how how to canter her was an ordeal, much less, you know, doing anything with it. Then came learning how to package up a stride that was bigger than anything else I’d ever ridden. How to ask for (and get) a clean change. 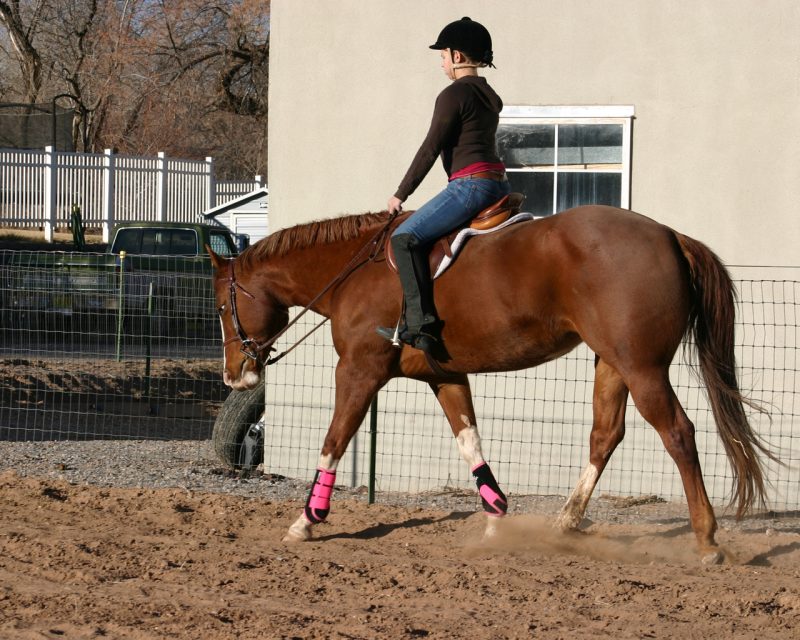 I didn’t give her any real firsts – no first bath, no first away shows, none of that, but together we had a lot of firsts – so much learning how to synch up, for me to put my hand down damnit, for her to like, not fall asleep in the middle of a pattern.

We showed consistently through 2006, then came suspensory tear #1 at the end of the 06 season. She was off for 16ish months and then rehabbed back. That was a learning curve for both of us – learning how to rehab. A good lesson to have that you don’t want to use. We made it back to show at the 2008 World Show, which would really end up being my last ‘big’ stock horse show.

Since then, my mom showed her in some amateur classes here and there and she took a little girl from my barn to her first Congress in the walk/trot. I think she could have stepped into that job the day she came home to me, but I’d like to think that I had a hand in getting her to the point where she was the perfect pony for tiny legs.

She did more for my confidence and making me a competent rider than I did for her, but I hope she’s loving her cushy retired life knowing I’ve finally moved on to bugging another horse to go do things requiring energy while she naps.

The barn that raised me