The days leading up to and after last Sunday were gorgeous, which means that obviously Sunday was 100% disgusting with rain, wind and overall grey dreariness. Perfect day to go horse show!

When Doc came off the trailer, we all went, “Oh boy, we got two hour Doc.” As in, the amount of warm up he was going to need. Then he realized it was gross outside, there was a hay bag in front of him and it was not, in fact, nearly that interesting, and quickly became 15 minute Doc. I got on way ahead of my 11:15 ride time and we went over to dressage warmup. After a few laps around, I got the ‘balance dressage whip on top of wrists’ instruction because apparently jazz hands aren’t welcome in dressage tests. Rude. I finally got my stuff together more or less, we headed back to the trailer to wipe some of the mud off (a recurring theme of the day) and I changed into a show shirt. Back to the show rings we went, where I promptly realized I had managed to get filthy. This is why I can’t have nice things. 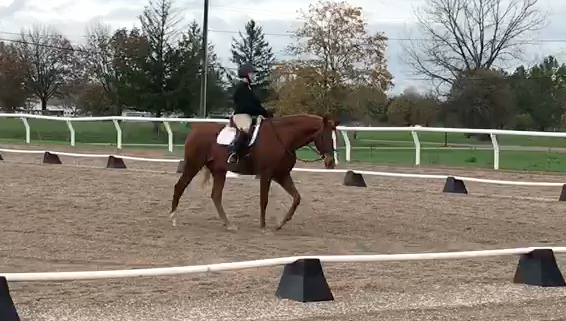 My groom extraordinaire/horse show mom, J, went back to the trailer to grab my quarter zip and I say thank yous to the world who made this a casual dress schooling show. Outfit change complete, we were ready to go show.

In the ring, we turned into a giraffe. Maybe a llama. Gir-ama? And damn, did our test reflect it. Literally we had the exact. same. comment. the entire way down. “Needs to lower neck to connect through back.” She could have written it once and then drawn a line down with “ditto”. Despite that, it was still worlds better than our first test back in August. Transitions happened in the right place, circles were (mostly) round and I didn’t get lost. I mean, was our score anything to write home about? Not at all. We still have a lot of work to do. But for the second test we’ve ever done? I’m okay with it. 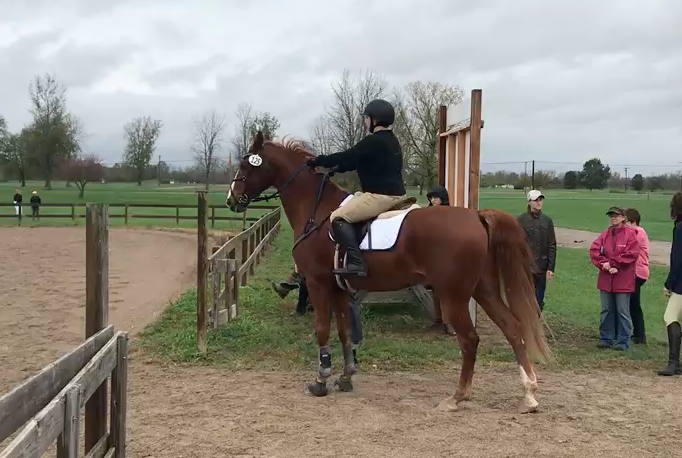 After a quick tack swap, we popped over some warm up jumps, hoping to get in my round before the ominous looking sky decided to stop playing nicely. Crossrail, vertical, oxer, got a, “YES, go jump the entire course like that!” So, obviously, I did not. 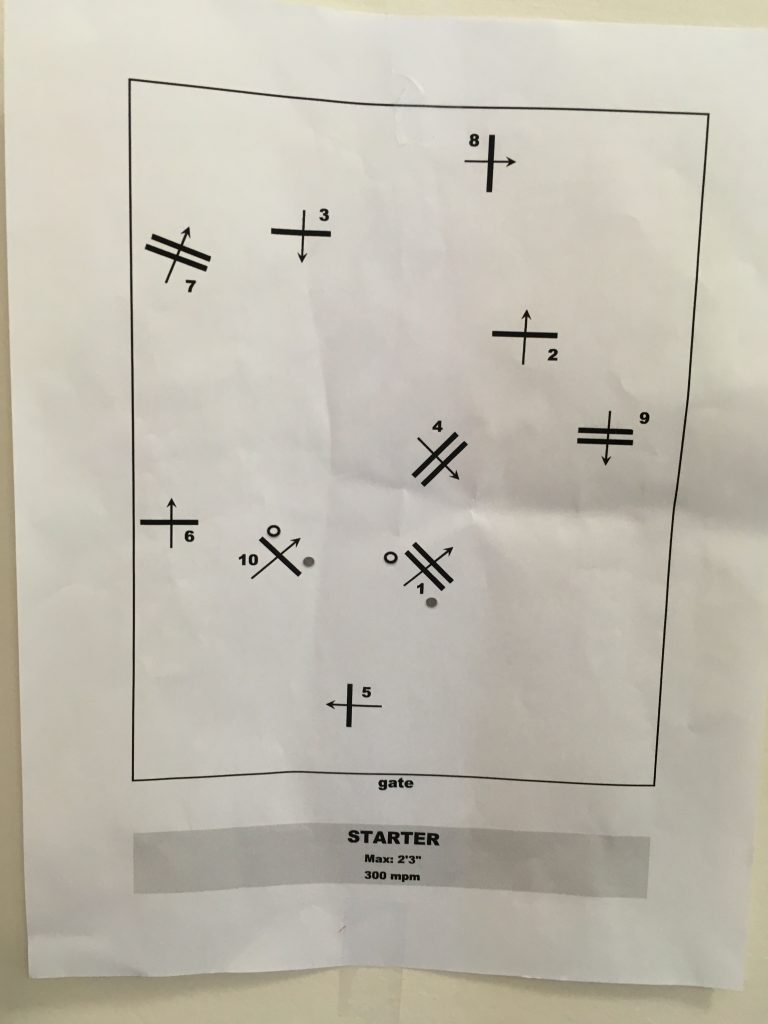 One and two went well, at which point I promptly couldn’t find three for a solid 10 seconds. Thankfully, it appeared and we stayed on course. Down the bending line to four, we took our favorite long spot, came around to five where I actually semi-rode, down to six, annndd pull off that patented left drift to seven! 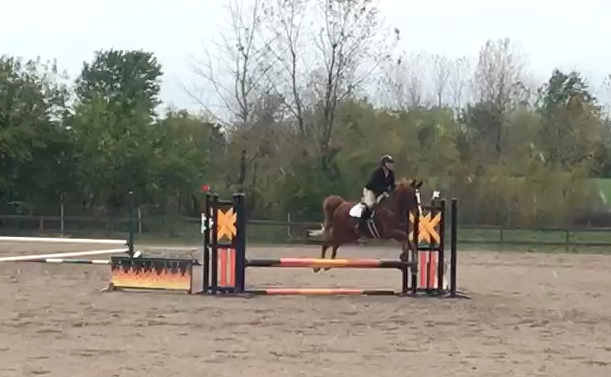 Seriously, why am I incapable of jumping straight?! Eight on the course map shows it out in a line from seven, but when it was set, it was to the inside of seven, so you had an awkward line there, but of course Doc was like, yeah, k. 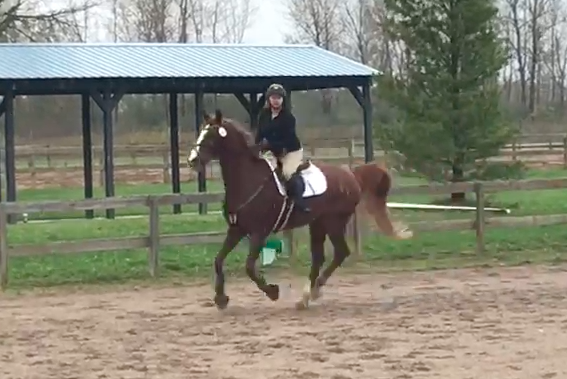 Over nine, and then past the gate to 10. Almost every horse, including mine, thought they were done after 9 as they came by the gate. I had to seriously add some major leg to convince Doc we had one more jump to actually go do.

Overall, no rails, not the prettiest, but still better than where we’ve been. On the plus side, everything looked tiny. Nothing induces confidence like that. We ended up third in the division and got a lovely pretty ribbon we have no photos with because of the nasty weather. With the gross weather, xc schooling got rained out (my luck is the worst), but we loaded up as the sky decided to open back up and got outta there. I was home by 1:30pm, which is insane to me. Ride times are miracles.

Not perfect, but getting better and what else can you ask for?