Since I’m still having fun writing about all horses of my past and present, TAAHH’s blog hop seems the perfect place to introduce Coorina.

If you ever read the old blog, you may have read the story of my riding accident. Probably will share that one again one of these days, but the short of it is I was 9 years old, trying a horse to buy and he bolted through a fence – and I went through a fence post. It was a relatively gruesome injury and I lost absolutely any trust and confidence I had in horses.

That’s when Coorina came along. She was a APHA mare owned by my aunt and uncle who had purchased her as a yearling in Iowa. They showed her all the way through the levels, including a Reserve World Championship in Western Pleasure by the time she was a 5 year old. When it became apparent I needed something that’s main interest in life was sleeping and eating, they knew she would be the perfect match. To this day, she is the laziest horse I have ever known in my lifetime.

She came home to live with us and took me from lunge line lessons, to walk-trot, showing at schooling shows where I would only go in the arena if my mom or trainer could come in with me, all the way through showing at the World Show level. 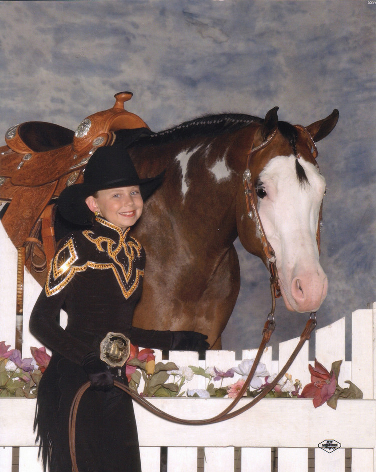 Looking back, I realize she was also probably one of the nicest horses I’ll ever ride. Mare could move, but she was also built practically perfect and that face – I can’t tell you how many times we were asked if she had Arabian in her. We won a bazillion (accurate number right there) halter classes, including some really awesome satin that any kid would have loved despite having to do nothing but stand there and look pretty (her favorite). 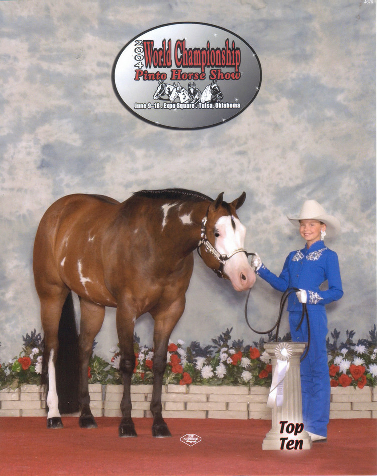 This is not to say she was perfect – she hated going hunt seat (probably because she was all of 15.1) and she was a mare. When I first started riding her as a terrified kid, she wouldn’t put a foot out of line, but as I started getting more confident or if others rode her, she was not afraid to express her opinions. Opinions about everything. Didn’t want to trot in showmanship that day? Didn’t do it. Learned how to grab the shank of her curb bit so she didn’t have to listen to me. Refused to do more than one lead change approximately every 20 minutes without turning into a witch. When Lucy came home, she made it very clear that she was in charge and Lucy better not try her. She was essentially a Real Housewife, if we’re being honest.

But, she also let me shimmy up the side when my trainer insisted I had to learn to mount without a mounting block (seriously, did you see how short my legs were? I was like a monkey gymnast). She’d also go on essentially no rein at all, draped to the ground. 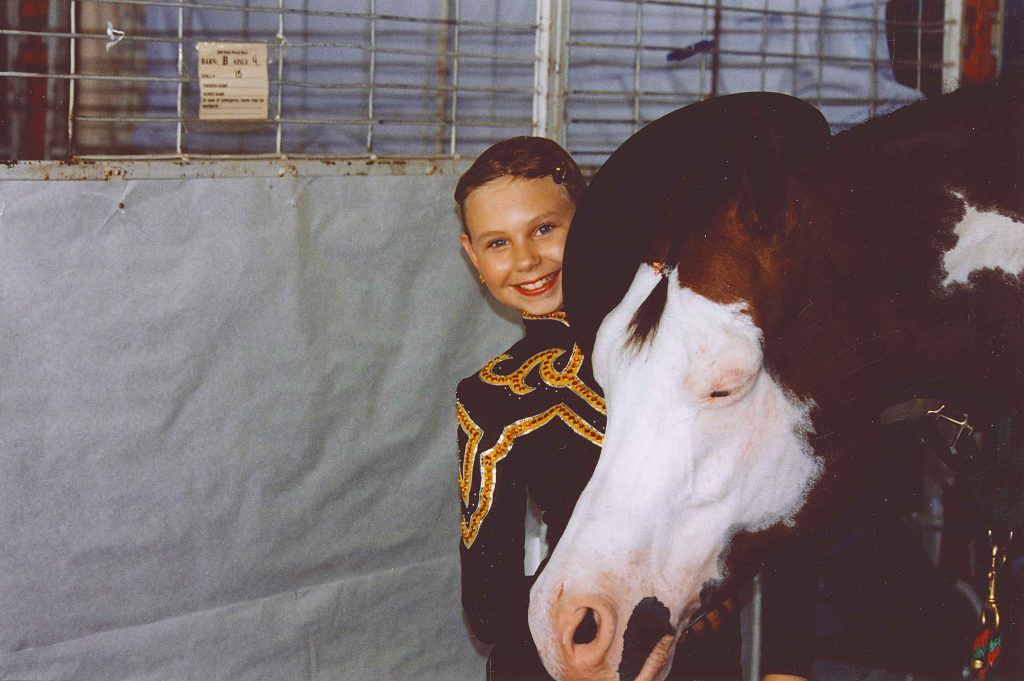 In another story that’s too long for this post, she also had a Peter Stone model made of her, which landed us an article in Young Rider (anyone remember that magazine?!) Every once in awhile I see a Coorina model on eBay or Facebook and it never ceases to make me smile that my beautiful mare had an actual model horse made of her – talk about every kid’s dream. 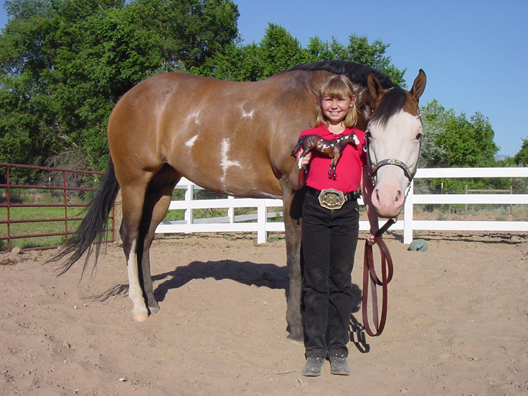 When I started to get ready to move up to the 14-18 divisions and look for another horse (what would be Lucy), Coorina went back to my aunt and uncle to have babies. Her first was a filly by Real Bonanza, Sadie.

In typical Coorina fashion, one of the first days they were turned out, they went to bring her in for dinner and Coorina came loping up to the fence (the only time this mare willingly moved at a speed faster than sloths was when food was involved), stopped about halfway to the fence and realized… she had completely forgotten little Sadie. Because in dinner vs baby, those maternal instincts were having a real fight for first. 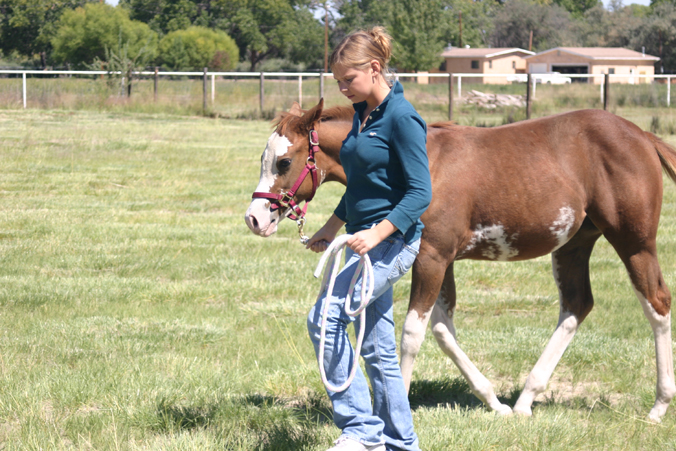 After Sadie was weaned, Coorina actually came back to us and became my mom’s amateur horse for a few years, where they were ridiculously successful because my mother can ride circles around me without trying. It’s fine, she likes chasing cows now and I like pretending to event, we’re all good. 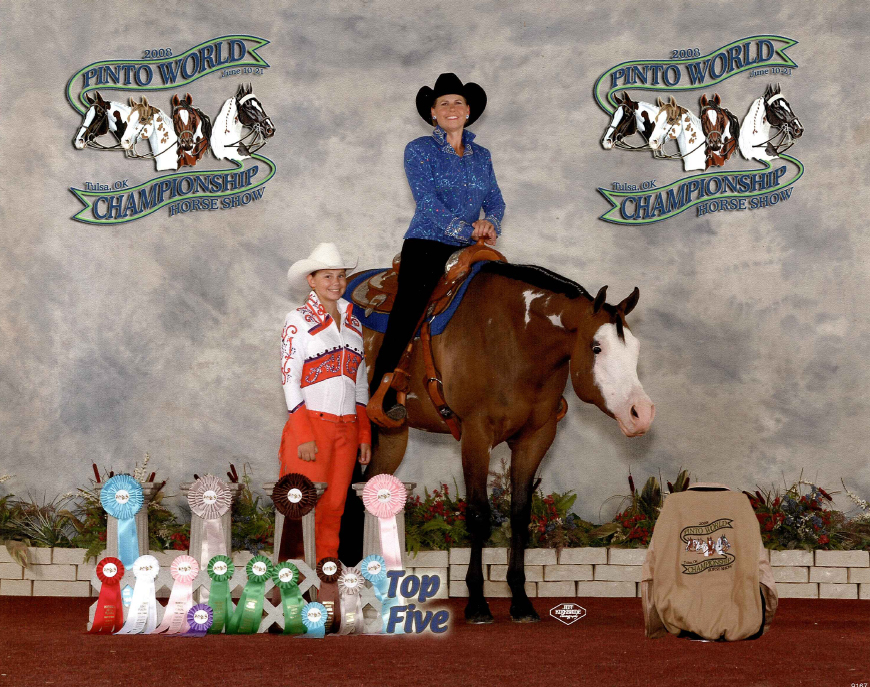 Coorina’s second baby was Sonny, a gelding by Mark This Spot. For a mare who was a prissy western pleasure princess (she is literally known as The Original Princess Pony), both of her babies ended up being badass cowhorses. 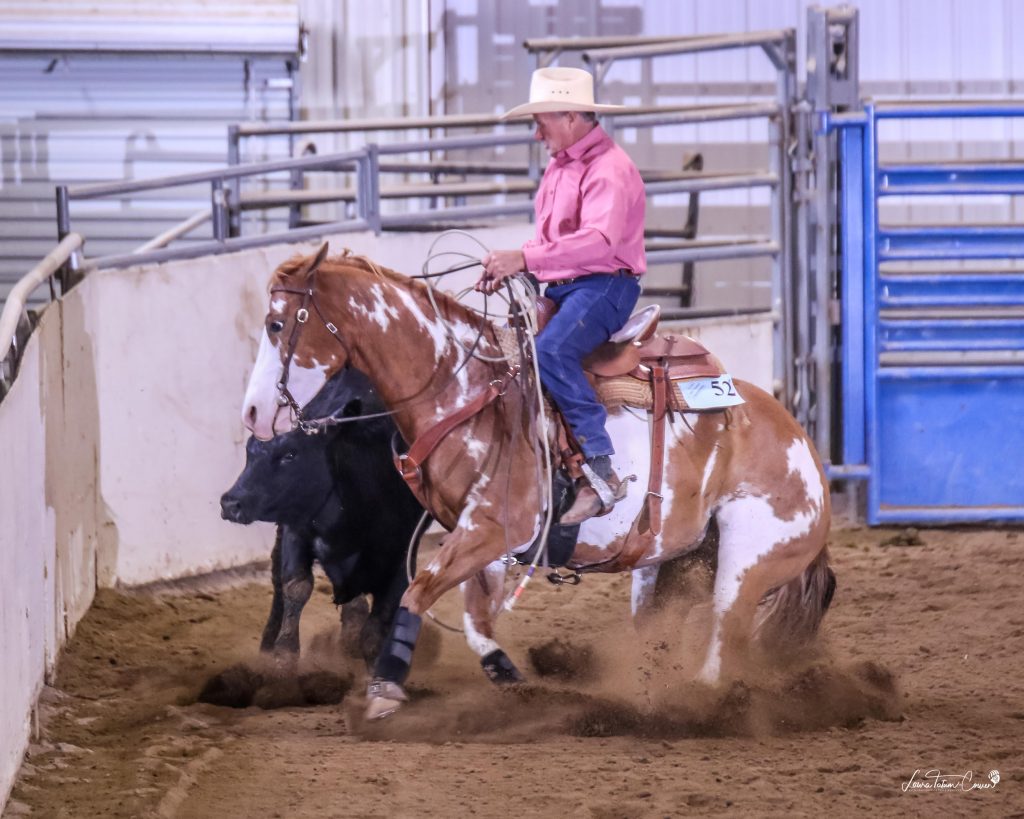 Even once retired, Coorina was the mare I would hop on bareback in a halter and lope around like we were in the world show pen – she was that fancy. We lost her November of 2014 to some type of cardiac event. I was in my first semester of graduate school and it completely devastated me. I remember just laying on the floor of my apartment, unable to pull myself together. This was the mare who gave horses back to me. I have no doubt in my mind I would not have stayed with riding after my accident if it wasn’t for her.

A donkey, giant horse and wine.